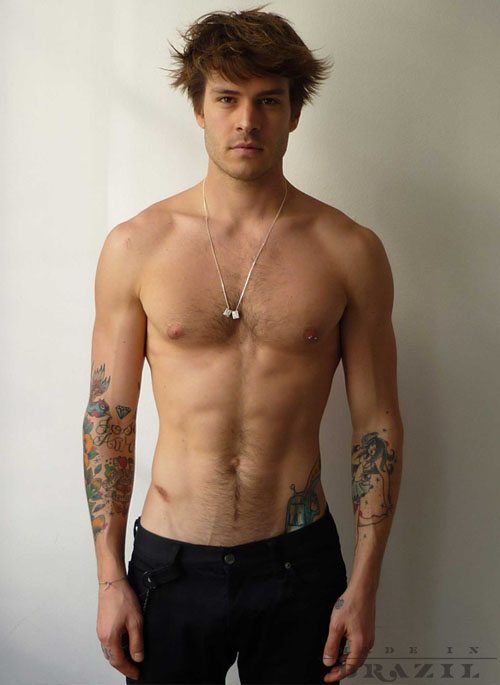 "Waltzing Matilda" is Australia’s most widely known folk song, and one that has been popularly suggested as a potential national anthem many times.

The lyrics were written in 1895 by the poet and nationalist Banjo Paterson, who set them to a slightly different tune. Extensive folklore surrounds the song and the process of its creation, to the extent that the song has its own museum, the Waltzing Matilda Centre of Winton, Queensland.

There have long been persistent calls for the establishment of Waltzing Matilda as the national anthem over the current national anthem, "Advance Australia Fair". The song is recognisable and easily sung, but its lyrics, narrating the story of a swagman, the Australian equivalent of a hobo, render it unlikely to ever gain acceptance in official circles. Many Australians, however, continue to regard it with great affection. Some have suggested using the same tune, but with different lyrics, but supporters argue the lyrics contribute substantially to the song’s character.

The song enjoyed a brief period of official recognition as the Australian national song (coexisting with "Advance Australia Fair" as the National Anthem). It was used at the Montreal Olympic Games in 1976, and, as a response to the New Zealand All Blacks haka, it has gained popularity as a sporting anthem for the Australia national rugby union team. It is also performed, along with "Advance Australia Fair", at the annual AFL Grand Final. As of 2006 it has no official status, but it continues to be used unofficially (and sometimes in error) in many contexts.

Reasons for the strong empathy Australian’s feel for this song includes its:

* appeal to a rural ideal,
* featuring a underdog or anti-hero,
* status as unofficial,
* links to an historical shearers’ strike that was foundational to the labour movement in Australia, and
* use of many obsolete words and phrases that give native Australian English speakers an insiders knowledge about ths song’s meaning that distinguishes them from outsiders.

Once a jolly swagman sat beside a billabong,
Under the shade of a coolibah tree,
And he sang as he sat and waited while his billy boiled
"Who’ll come a-Waltzing Matilda, with me?"

Along came a jumbuck to drink beside the billabong,
Up jumped the swagman and seized him with glee,
And he sang as he talked to that jumbuck in his tucker bag,
"You’ll come a-Waltzing Matilda, with me".

Up rode the squatter, mounted on his thoroughbred,
Down came the troopers, one, two, three,
"Where’s that jolly jumbuck you’ve got in your tucker bag?"
"You’ll come a-Waltzing Matilda, with me".

Up jumped the swagman, leapt into the billabong,
"You’ll never catch me alive," said he,
And his ghost may be heard as you pass by the billabong,
"Who’ll come a-Waltzing Matilda, with me".

The song narrates the story of an itinerant worker making a crude cup of tea at a bush camp and stealing a sheep to eat. When the sheep’s owner arrives with three police officers to arrest the itinerant worker, he drowns himself in a small lake and haunts the site. The lyrics contain many distinctively Australian words, some now rarely used in Australian English outside this song. These include:

swagman
the Australian equivalent of a hobo; a swagman is a romanticised figure who travelled the country looking for work, usually sporting a hat hung with cork to ward off flies. The swagman’s "swag" was his bundle of belongings.
waltzing
derived from the German term auf der Walz, which means to travel while working as a craftsman and learn new techniques from other masters before returning home after three years and one day, a custom which is still in use today among carpenters.
Matilda
a romantic term for a swagman’s bundle. See below, "Waltzing Matilda."
Waltzing Matilda
from the above terms, "to waltz Matilda" is to travel with a swag, that is, with all one’s belongings on one’s back wrapped in a blanket or cloth. The exact origins of the term "Matilda" are disputed; one fanciful derivation states that when swagmen met each other at their gatherings, there were rarely women to dance with. Nonetheless, they enjoyed a dance, and so they danced with their swags, which was given a woman’s name. However, this appears to be influenced by the word "waltz", hence the introduction of dancing. It seems more likely that, as a swagman’s only companion, the swag came to be personified as a woman.
Another explanation is that the term also derives from German immigrants. German soldiers commonly refered to their greatcoats as "Matilda" supposedly because the coat kept them as warm as a woman would. Early German immigrants who "went on the waltz" would wrap their belongings in their coat and took to calling it by the same name their soldiers had used.
billabong
a stagnant pool found along the side of a river where eddies and directional changes of the water keep it from moving.
coolibah tree
a kind of eucalyptus which grows near billabongs.
jumbuck
a sheep. A "jombok" is a large, fluffy cloud that drifts across inland Australia. The Indigenous Australians, when they saw sheep for the first time, were reminded of jomboks and called them a similar word. An alternative explanation is that it is an Aboriginally pronounced "jump up."
billy
a can for boiling water in, usu. 2-3 pints.
tucker bag
a bag for carrying food ("tucker").
troopers
policemen.
squatter
Australian squatters started as early farmers who raised livestock on land which they did not legally have the right to use, but in many cases later gained legal use of the land even though they did not have full possession and became wealthy thanks to their large land holdings.

The lyrics of Banjo Paterson’s original version differ slightly from the ones generally known today, and ran as follows:

Oh, there once was a swagman camped in the billabongs,
Under the shade of a coolibah tree,
And he sang as he looked at the old billy boiling,
Who’ll come a-waltzing Matilda with me?

Up came the jumbuck to drink at the waterhole,
Up jumped the swagman and grabbed him in glee,
And he sang as he put him away in the tucker-bag,
"You’ll come a-waltzing matilda with me."

Up came the squatter a-riding his thoroughbred,
Up came policemen one two and three.
Whose is the jumbuck you’ve got in the tucker-bag?
You’ll come a-waltzing matilda with we.

Up sprang the swagman and jumped in the waterhole,
Drowning himself by the Coolibah tree.
And his voice can be heard as it sings in the billabongs,
"Who’ll come a-waltzing matilda with me."

An even earlier version used the term "a-roving Australia" rather than "waltzing matilda", although Paterson was talked out of using this.

[edit] Writing of the song

The song was written in 1895 by Banjo Paterson, a famous Australian poet, and the music written (or possibly adapted) by Christina MacPherson. Banjo Paterson wrote the piece while staying at the Dagworth Homestead, a bush station in Queensland. While he was there his hosts played him a traditional Celtic folktune called "the Craigeelee", and Paterson decided that it would be a good piece to set lyrics to, producing the song during the rest of his stay.

The tune is most probably based on the Scottish song "Thou Bonnie Wood of Craigielea" which Christina MacPherson heard played by a band at the Warrnambool steeplechase. Robert Tannahill wrote the words in 1805 and James Barr composed the music in 1818. In 1893 it was arranged for brass band by Thomas Bulch. The tune again was possibly based on the old melody of "Go to the Devil and Shake Yourself" composed by John Field (1782-1837) some time before 1812. It’s sometimes also called: "When Sick is it Tea you want?" (London 1798) or "The Penniless Traveller" (O’Neill’s 1850 collection).

There is also speculation about the relationship it bears to "The Bold Fusilier", a song dated by some back to the eighteenth century.

"Waltzing Matilda" is probably based on the following story:

In Queensland in 1891 the Great Shearers’ Strike brought the colony close to civil war and was broken only after the Premier Samuel Griffith called in the military.

In September 1894, on a station called Dagworth (north of Winton), some shearers were again on strike. It turned violent with the strikers firing their rifles and pistols in the air and setting fire to the woolshed at the Dagworth Homestead, killing dozens of sheep.

The owner of Dagworth Homestead and three policemen gave chase to a man named Samuel Hoffmeister - also called Samuel "French(y)" Hoffmeister. Rather than be captured, Hoffmeister shot and killed himself at the Combo Waterhole.

Bob Macpherson (the brother of Christina) and Paterson are said to have taken rides together at Dagworth. Here they may have passed the Combo Waterhole, where Bob may have told this story to Paterson.

The song itself was first performed on 6 April 1895 at the North Gregory Hotel in Winton, Queensland. The occasion was a banquet for the Premier of Queensland. It became an instant success.

In 1903 it was picked up by the Billy Tea company for use as an advertising jingle, making it nationally famous. A third variation on the song, with a slightly different chorus, was published in 1907. Paterson sold the rights to "Waltzing Matilda" and "some other pieces" to Angus and Robertson Publishers for five pounds (the then currency).

The song was falsely copyrighted by an American publisher in 1941 as an original composition. However, no copyright applies in Australia.

The song has been recorded by many Australian musicians and singers, including by The Seekers,Tenor Australis, Thomas Edmonds, Rolf Harris and Lazy Harry.

In 1958, Bill Haley and His Comets recorded a version with new lyrics entitled "Rockin’ Matilda" (Haley’s version is about a beautiful Australian girl named Matilda).

Bands from other nations, including The Irish Rovers and the Red Army Choir, have also recorded the song.

The score of the 1959 film On the Beach, written by Ernest Gold is based heavily on motifs from "Waltzing Matilda". The film, about the end of the world in a nuclear holocaust, is set in Australia and director Stanley Kramer was insistent on the "Waltzing Matilda" motif. The song itself is heard in the last minutes of On the Beach.

A derivative work, "And The Band Played Waltzing Matilda", was created by Eric Bogle in 1972, and performed most popularly by The Pogues on the album Rum Sodomy & the Lash. The song graphically documents the Australian experience at the Battle of Gallipoli and ANZAC Day remembrance since, from the point of view of a soldier who loses both legs in the fighting. The song incorporates the melody and a few lines of the "Waltzing Matilda’s" lyrics at its conclusion.

The American singer Tom Waits combined "Waltzing Matilda" with original material in "Tom Traubert’s Blues (Four Sheets to the Wind in Copenhagen)", the first track of his 1976 album Small Change.

In the story "The Mountain Movers" by Australian Science Fiction writer A. Bertram Chandler, the song gets new words in the mouth of future Australian space adventurers, with the first stanza running:

"When the jolly Jumbuk lifted from Port Woomera
Out and away for Altair Three
Glad were we all to kiss the tired old Earth goodbye
Who’ll come a-sailing in Jumbuk with me?"

"Waltzing Matilda" is the official march of the U.S. 1st Marine Division, commemorating the time the unit spent in Australia during the Second World War.