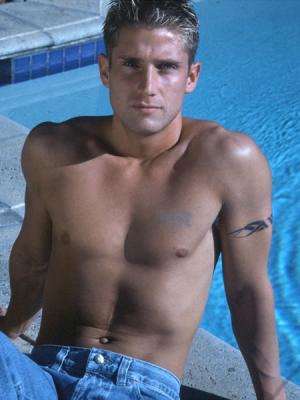 His first film, "My Friend Brian" was an amateur solo video shot, produced and sold by a schoolmate of his. It was available solely online. It was probably this scarce amateur video that launched his very successful career in professional adult gay films.