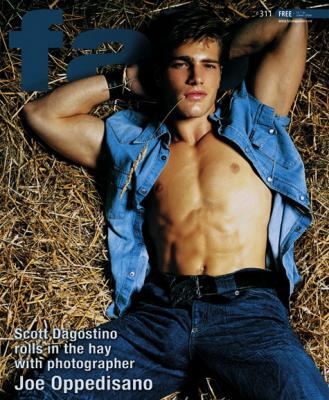 Joseph Sayers (b. October 15, 1983 in Lakewood, New York, United States) is a male fashion model best known for his nude centerfold for Abercrombie and Fitch Quarterly, shot by Bruce Weber, and also for the fact that, despite being only 5’6" tall (most male models are at least 5’11"), he has experienced great success as a fashion and commercial model.

Just prior to being discovered on ModelLaunch, Sayers posed nude and masturbated for a photo shoot several days after his 18th birthday, which were then distributed on the Internet by the photographer, Ed Flores. The rights to those photos have since been bought by Sayers in an attempt to stop further distribution.