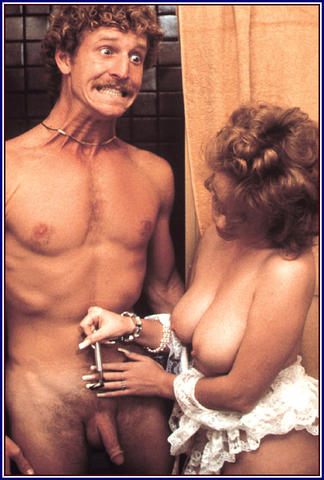 Born October 11, 1958, Scott Irish performed in hard core adult features from 1984-96, and worked with many of the industry’s most celebrated directors and performers. His surfer-boy good looks, wavy red hair, lean body, exceptionally firm, round butt, and front-hipline tattoo of a snake baring its fangs complimented his characteristically intense, often frenzied copulating; he is always a thrill to watch. Scott also showed considerable acting flair, particularly in character roles. And yet, Scott’s contributions to the adult world have been routinely underrated and devalued. It was once reported by the media that the Traci Lords scandal got Scott (and other male performers) into heaps of trouble with the FBI, prompting him to go into seclusion. Other rumors suggest he was shot (not fatally; perhaps in the hand) during the ’92 L.A. riots and that drug abuse ended friendships and jeopardized his career. Today, Scott’s whereabouts and activities are totally unknown. His on-screen presence is sadly missed. It is hoped that Scott’s life today, presumably away from the adult industry "pressure cooker" is both happy and fulfilling.