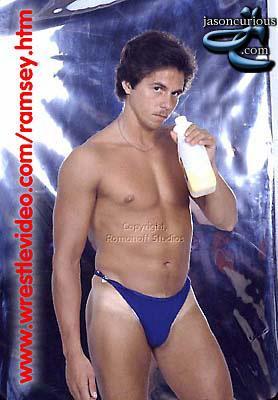 Peter North (also known as Al Brown, Matt Ramsey) is a bisexual Canadian pornographic actor, director and producer of the 1980s, 1990s, and 2000s. He is one of the most famous male performers in pornography.

In 1996, North had a brief television stint as a chef/host on a short-lived, risque, Chinese cooking show titled "A Big Cock & A Wok" (translation) which was pulled from Chinese Television by the government after two episodes were aired in selected markets. Both of the previously taped seasons from 1996 and 1997, respectively, are still televised in Hong Kong where North is considered a sex symbol.[citation needed]

In 1994, Peter North released a guide to meeting and dating beautiful women called Penetrating Insights. Its purpose is to help the reader meet more women. The book also includes tips on everything from grooming to personal health.

North is a member of both the X-Rated Critics Organization (XRCO) and the Adult Video News (AVN) Hall of Fame.

To make good use of life one should have in youth the experience of advanced years, and in old age the vigor of youth. (Stanislars I, Polish king)