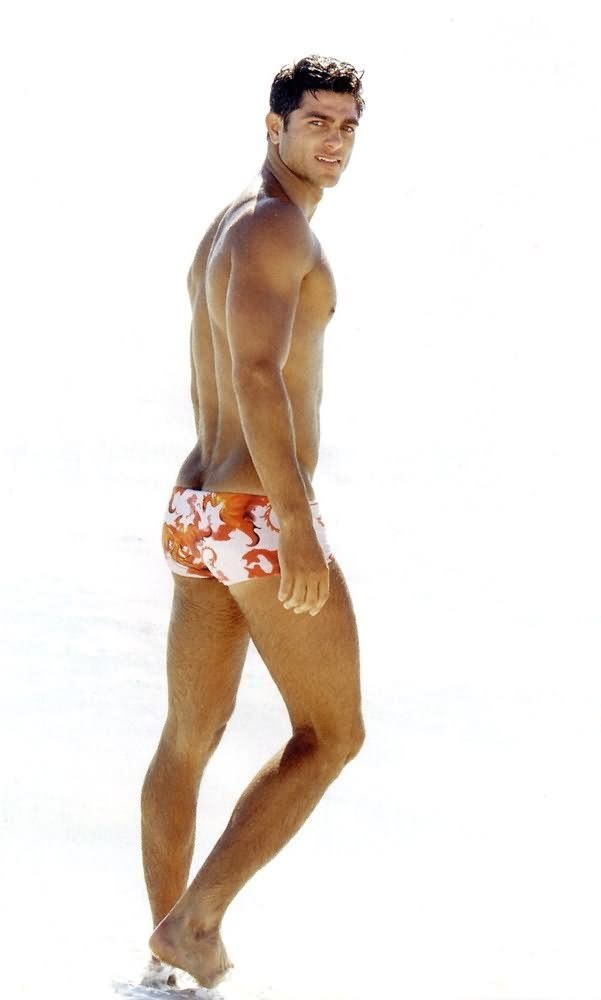 Rafael Verga, born July 27, 1981, in Florianópolis, Santa Catarina, Brazil, is a professional male model.
The Brazilian-born hunk is the new face of 2xist underwear and he is quickly making a name for himself on the modeling scene. His body is perfection, and he pops up in many ads and photo spreads in America and South America.

His first job was a commercial for L&G, como figurante, in 2000. These days, he’s in demand and very busy with upcoming photo spreads for companies such as Calvin Klein and Fruit of the Loom. With an Aussie Bum campaign on the horizon, we’re sure to see more of that body in the months to come.

He stands 6 feet tall and weighs between 170 and 185 pounds. He has light brown hair with hypnotic green eyes. Those piercing eyes and perfectly toned abs guarantee that he will be one stud to reckon with for a long time.

He says he is honest and that his flaw is believing everyone. He loves food, especially rice, beans, and burgers. During his spare time, he loves to go to the beach and surf, which is his number-one hobby
The most important moment in his life so far was when he piloted an airplane for the first time, and he hopes to work as a pilot one day. A dream trip for him would be to visit Indonesia with friends.