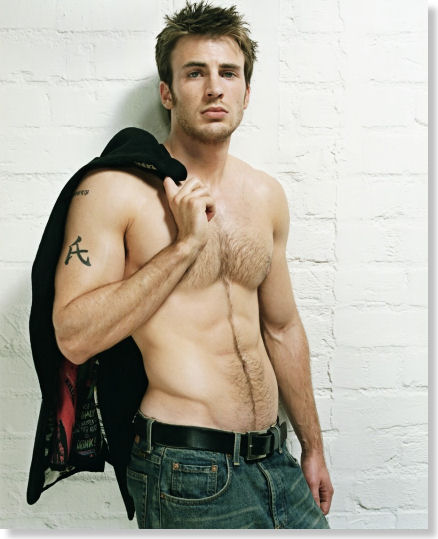 Chris Evans - not to be confused with the British DJ and wild man of the same name - began his acting career in typical fashion: performing in school productions and community theater. But it was his rapid rise to stardom that was unusual. Bitten by the acting bug in the first grade because his older sister, Carly, started performing, Evans followed suit and began appearing in school plays. From there, it was a quick jump to theater camp and later an internship for a casting office - a position he held one summer while living in a hole-in-the-wall in Brooklyn, New York. Once Evans made friends with a few agents on the job, it was a straight shot to television and blockbuster features.

Originally from Framingham, Massachusetts, the Evans family moved to suburban Sudbury when he was 11 years-old. While at Lincoln-Sudbury Regional High School, his obvious talent led others to lavish praise and encouragement on him, particularly his drama teacher, who cited his performance as "Leontes" in "The Winter's Tale" as exemplary of his skill. After more school plays and regional theater, he moved to New York and attended the Lee Strasberg Theater Institute. On the advice of friends, he landed an internship at a casting office and befriended a couple of the agents he regularly communicated with - one of whom later took him on as a client. The screen - not the stage - then became his focus; Evans soon began auditioning for feature films and series television.

Evans made one of his first appearances on "The Fugitive" (2000) (CBS, 2000-2001), a remake of the 1960s series and feature film starring Harrison Ford. In the episode "Guilt", Evans played the son of a small-town sheriff who tries to exact revenge after Dr. Kimble - incognito as a liquor store owner - refuses to sell him and his friends alcohol. After small roles in Cherry Falls (2000) and The Newcomers (2000) - two unknown low-budget features - Evans appeared in "Boston Public" (2000) (Fox, 2000-2004) as a murder suspect. He then appeared in his first major feature, Not Another Teen Movie (2001), a tiresome spoof on teen comedies wherein he played a jock who makes a bet that he can turn an unpopular and unkempt girl (Chyler Leigh) into prom queen.

After filming a couple of television pilots he was confident would be successful - Just Married (2003) and Eastwick (2002) (TV) - he appeared in another listless teen comedy, The Perfect Score (2004), playing an average, ho-hum student who takes part in a plot to steal the SAT test. Hijinks naturally ensue. Then, Evans broke through to the Big Time, grabbing the lead in the kidnapping thriller, Cellular (2004), a suspenseful B movie with a cheesy gimmick - a random wrong number on his cell phone forces him into a high-stakes race to save an unknown woman's life. Despite an unassuming performance from Evans and Kim Basinger as the damsel in distress, Cellular (2004) failed to break any box office records or please a wide majority of critics. Evans then prepared himself for super stardom when he signed on to play "Johnny Storm" (a.k.a. The Human Torch)in Fantastic Four (2005), 20th Century Fox's long-awaited adaptation of the Marvel comic. Although the film was wildly uneven and disappointing, Evans nearly stole the show with his energetic, unfettered performance.