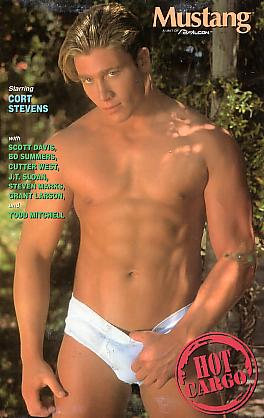 He was blond and muscular, and performed in both the bottom and top roles. He reportedly had an on-going romantic relationship with fellow adult star Bo Summers until Summers had a crisis of sexual identity and left Stevens to marry a woman.