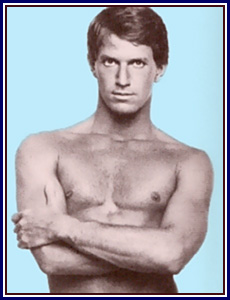 Casey Donovan was born John Calvin Culver on 2 November 1943, in East Bloomfield, New York. After working for a time as a teacher at the private Ethical Culture Fieldston School on New York City’s Central Park West, he began acting in summer stock theater as Cal Culver. He also made money on the side as a male escort. By the late 1960s and early 1970s, he was appearing in plays like Captain Brassbound’s Conversion with Ingrid Bergman, The Merchant of Venice with Rosemary Harris, and an off-Broadway gay-themed play, Circle in the Water. Cal was also modeling, appearing in numerous ads and magazines.

Outside his adult film career, Casey had a successful off-Broadway run in the play Tubstrip, written and directed by Jerry Douglas, and was involved in a close relationship with former film and television star and author Tom Tryon. Casey also tried, unsuccessfully, to run a bed and breakfast, Casa Donovan, in Key West.

By 1985, Casey’s health had begun to deteriorate, as he had contracted HIV. He worked with many HIV/AIDS charities and counseled his fans to practice safe sex and get tested for HIV. He performed in a safe sex film for the Gay Men’s Health Crisis, although he himself lived in denial that he had the syndrome, even as his health got worse. Cal Culver, aka Casey Donovan, died from an AIDS-related pulmonary infection in Inverness, Florida on 10 August 1987. A biography of Cal Culver’s life, Boy in the Sand: Casey Donovan, All-American Sex Star, by Roger Edmonson, was published in 1998.